By Jeremy Ibarra and Robert Exley

In the face of discrimination both inside and outside the Israel Defense Forces, Christian activists in Israel work to encourage more of their fellow Israeli Christians to enlist.

In 2012, Father Gabriel Naddaf, an Israeli Greek Orthodox priest and judge, founded The Israeli Christians Recruitment Forum – Christian Empowerment Council (CEC) in order to promote the enlistment of Christian Israelis in the Israel Defense Forces (IDF). He saw military participation as a key to  building better relations with the Jewish community. But he knew he had much work to do for, although more than 130,000 Christian Arabs live in Israel, only 40 enlisted in 2014, according to the latest statistics available from the IDF.

There are many factors contributing to the general disinterest in military duty among Israeli Christians. While IDF service is mandatory for Israeli citizens, various ethnic groups and religions are exempt from the requirement, including Arab-Israelis and ultra-Orthodox Jews. Among Christian Israelis, interest remains low.

Additionally, there have been multiple allegations of both verbal and physical abuse by Jews in the IDF against Christian soldiers, as well as ostracization by their Arab peers. There have also been reports on Christian soldiers facing attacks from Muslims, and finding little to no support from the IDF.

Before 2012, an average of about 35 Christians enlisted in the military each year. Recruitment numbers have risen since Naddaf’s public efforts to increase volunteering. In 2015, up to 102 Christian Arabs were recruited monthly according to figures from the International Fellowship of Christians and Jews. “Today, we have around 150, plus the 600 volunteers for the national service,” said Jonathan Elkhoury, a spokesman for CEC, who called it “a great achievement” for his group.

Elkhoury, 25, moved to Israel from Lebanon at the age of nine and had his own special set of difficulties being both Arab and gay.

“My considerations to join the army or not was because I was part of the LGBT community as well,” Elkhoury said. “I was afraid because I didn’t have any information on what was going to happen if I was going to be outed in the military or if I say something and someone was going to harm me. But today the military has a lot of awareness, and even before the United States, they had the don’t tell don’t ask policy.”

Though he ended up joining the national service instead of the military, Elkhoury continues to encourage other Israeli Christians to consider enlisting to demonstrate a more concrete commitment to the state of Israel. The national service is an alternative voluntary civilian service for Israelis who are physically unable or wish not to serve in the IDF for religious or other ideological beliefs. Members work in special education, administration, law and other government services. 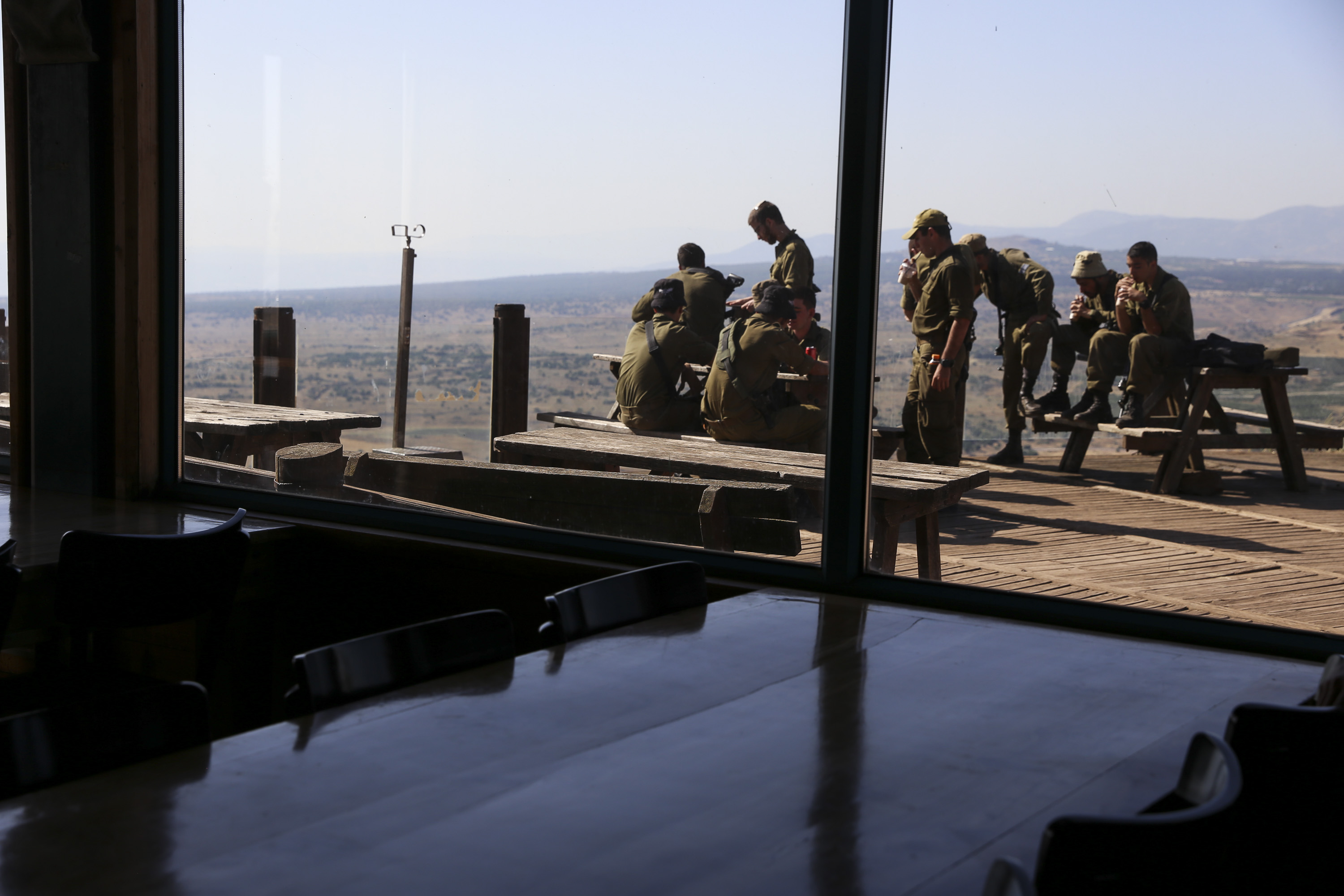 Still, Christians in the IDF report facing abuse and threats from their Muslim Arab neighbors. One soldier and resident of Nazareth was assaulted at his home by multiple masked assailants. Although he reached out to his commander and the police, he was forced to defend himself with military-issued weapons that resulted in his imprisonment. Other soldiers reported similar threats of violence.

Another factor keeping the ranks of Israeli Christian soldiers thin is their tendency to stick with their own. A  Pew Research Center study found that Israeli Christians generally have limited social and familial connections with those of other religions, with more than 65 percent reporting most of their friends are also Christian.

Pertaining to Elkhoury’s arrival in Israel, he said, ”I noticed that the Christian community has taken a separation model of society – like living in their own villages, not really interacting with the rest of the society in Israel.”

Hazem Bannoura, 32, an Arab Christian from Bethlehem, said many Christians aren’t sure of their place in Israel. “There’s no difference between this guy who is Christian and this guy who is Muslim,” said Bannoura, noting that he identifies more with Arab Muslims than he does with Jewish Israelis. He said many Arabs have had negative interactions with the IDF at some point in their life and that’s a major obstacle to Christian enrollment in the IDF.

In a 2013 report titled “Difficulties and Challenges in Recruiting the Christian Community,” the CEC identified the factors hurting IDF recruitment. The report urged the appointment of a central Christian military chaplain to be appointed to the community, similar to Druze leader Sheikh Mawafek Tarif and his community. The report also called for more training for Christian youth and better preparation for future officers.

“I wish we were,” he said. “We’re not. We’re welcoming. I would like us to be pushing.” He went on to emphasize the importance of military experience in Israeli society, even as discrimination based on military status is technically illegal.

Oren also dismissed the notion that Arab-Israelis should be exempt from service so that they  won’t have to fight other Arabs, saying that everyone here is fighting for the same thing.

“We have eventually the same goals,” Elkhoury said. “We want to live together. We acknowledge each other. We know about each other’s differences, but we choose to work together because we’re the same country and we want to see a better future for us.”