Eritreans flee persecution but are denied refugee status in Israel

TEL AVIV – It’s a hot day in Tel Aviv’s southern neighborhood of Levinsky. As the sun reflects off parked car windows on Levinsky street, Michael Teklit, a young Ethiopian man, pedals his bicycle up a quiet street. Nearing his location, he slows his pace as he turns into the Eritrean Women’s Community Center.

Michael is an Eritrean asylum seeker living in Tel Aviv since he was 20-years-old. He’s now 28. He is among an estimated 40,000 people who have fled recruitment into the military and other forms of oppression at the hands of Eritrea’s government.

“The government do whatever they want,” Michael says. “Eritrea is not safe anymore and I feel like it’s not my country anymore. They treated me like a slave,” he adds as he crosses his legs in a white plastic chair.

While most fleeing Eritreans have taken the dangerous route across the Mediterranean to Europe, 9,000 Eritreans, including Michael, have fled to Israel. In many cases, they come because of the mistaken belief it was a conflict-free Christian democracy like those in Europe. While there are a minority of Muslims and a small number of Christians, Israel is officially a Jewish state. “It is a democracy and it was easier to reach than Europe,” Michael says.  Michael thought he’d be welcomed with open arms. Instead, he’s been met with rejection by the government and Israelis.

“The government do whatever they want,” Michael says. “Eritrea is not safe any more and I feel like it’s not my country any more. They treated me like a slave.”

Though Eritreans’ claims for asylum have been recognized by many European countries, Israel denies they are refugees instead insisting they are economic migrants. By labeling them economic migrants, Israel escapes the requirements of the UN convention of the rights of refugees which says they must process asylum claims. According to the appeals court, over 5,000 Eritreans have sought refugee status, but only eight were approved between 2009 and 2016.

Israel is famously a land of refugees fleeing persecution and genocide in Europe and the Middle East. The government’s treatment of Eritreans has not sat well with many here including members of the government. “We did not handle them the best way,” says Michael Oren, the Deputy Minister in the Prime Minister’s office. “We took them, but we didn’t always give them the best treatment,” Oren says.

Oren refers to the government’s decision to put asylum seekers along with economic migrants from other parts of Africa in this neighborhood in Tel Aviv without social services or assistance. There is a lack of access to health care, jobs and housing accessible to asylum seekers.

Oren says it was a bad idea that the government “dumped them in one area in Southern Tel Aviv knowing they came from different areas, different tribes, and different religions.” He calls it “a human tragedy.”

For Aluf Benn, Editor-In-Chief at left-leaning Haaretz newspaper, the problem is simply racism. He suggests that “they get the ability to work, to bring basic needs to their families and let them integrate into society.” Benn says asylum seekers should not be pushed away, detained or called “illegal infiltrators.”

“This is a shame on Israeli society,” Benn says. “They are law abiding people and they should just let them live and leave them alone.”

Michael was a star track and field athlete in Eritrea when, at 17, he was conscripted into the military. There, he says spent a year under what he called a strict regime. “The army commanders used us to do whatever they want,” Michael said. He recalls waking up at dawn and being shipped to a farm daily. He, along with other soldiers, would be forced to construct buildings which he says he didn’t know how to. There were days when he would work tirelessly without rest or food.

“They diverted my mind and interrupted me from attending school,” he says.  “They interrupted me from everything.” Many Eritreans have been conscripted into the army for life with no ability to leave. After a year of service, Michael escaped. “When I saw that my dream was completely destroyed by the government, I said that’s it.” He left without telling his family, fearing that he would put them in danger.

Michael says he escaped death several times crossing borders in Sudan and Egypt. He was shot at three times. His first stop was Sudan where he spent a year but as a Christian in a Muslim Sudan he faced violence and discrimination.

Michael says he witnessed mothers torn from their children, killings, and sexual abuse on his journey to Israel. He “thought I could get asylum here and be safe. I expected to get status and live a normal life because in the Christian world, Israel is a good country.”

Helen Kidane, the director of Eritrean Community Center, left Eritrea for Israel in 2011. Like Michael, she left because of government oppression and her father’s incarceration. “It’s difficult to live in Eritrea,” Kidane says. But her transit from Eritrea through Sinai was “traumatizing.” 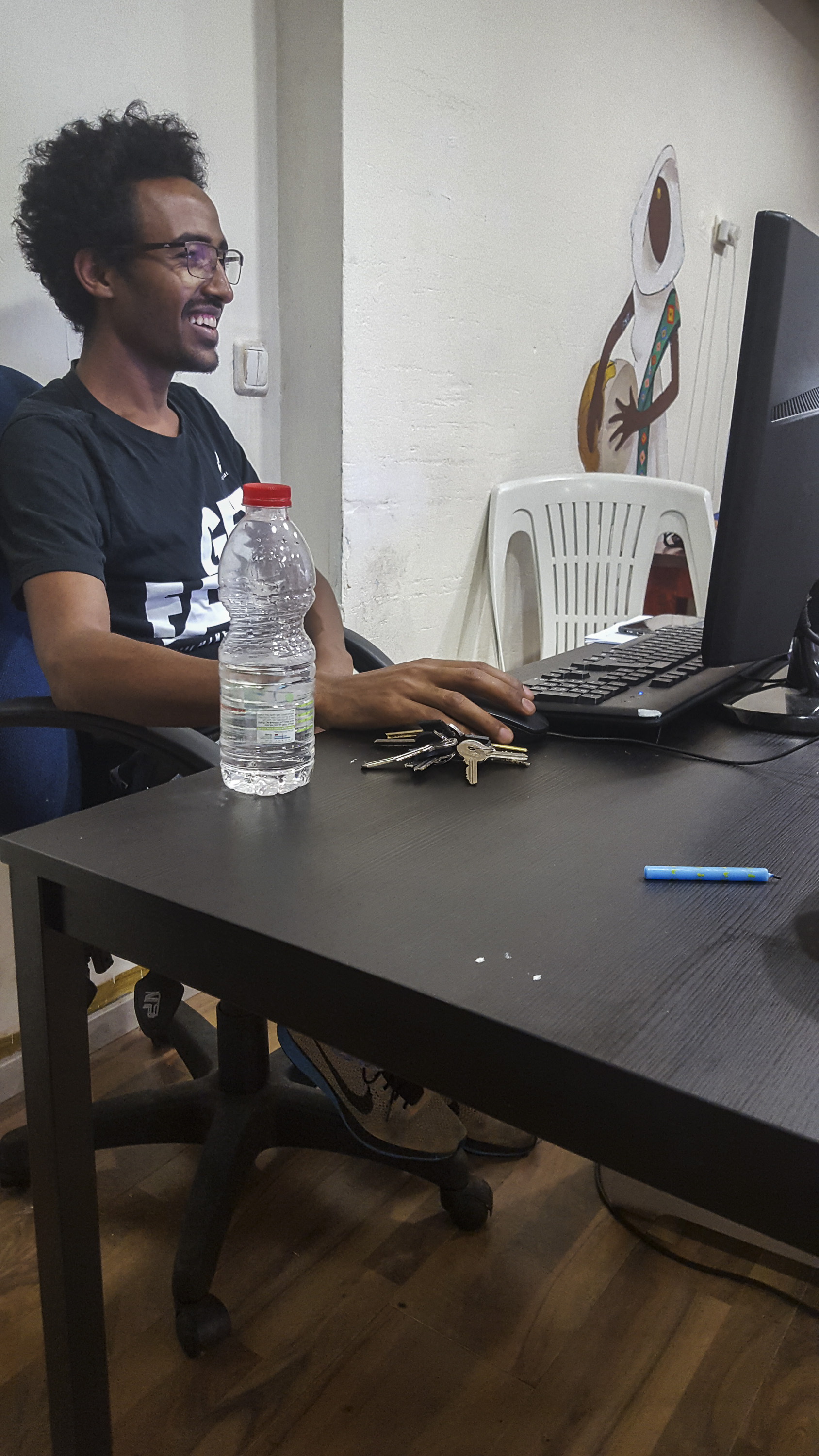 The 27-year-old Kidane recalled women being raped or torn apart from their children on the trail. They encountered organ trafficking rings. Throughout her center, Kidane says there are women who are pregnant, not by their husbands, but by kidnappers in the Sinai desert.

Though they are safe now, unless they are granted asylum, the future is uncertain. “We can’t go back to Eritrea because we will go to jail so we have to stay here,” Kidane says. “Nobody is thinking about us or helping us.” She says the center is working to minimize the problems, but they are not permanent solutions. “I am always sad because we don’t know what’s next but I do what I can for the women,” Kidane says.

Embarking upon his ninth year as an Israeli resident, Michael said he has several challenges. Working as a chef in a local Italian restaurant doesn’t provide sufficient income. Along with inadequate income, racism is also a hurdle that Michael along with thousands of Eritreans have faced in Israel.

It has been three years since Michael applied for asylum, but no word yet on the status of his application.