Redefining what it means to be an ultra-Orthodox Jewish man

JERUSALEM –  In the neighborhood of Mea Shearim, posters urge modest clothing. Women wear wigs to cover up their real hair. Men stroll around with long beards and side curls, black and white attire, and black hats.

It’s the center of Israel’s ultra-Orthodox Jewish community, Haredi Jews, and for these men, there is a clear path in life: getting married and having children, and dedicating a lifetime to studying the Torah. Haredi Jews, who make up 11% of Israel’s population, stay in their own communities, separate from other Israelis, and often have many children. Traditionally, women have been responsible for working to provide for the large families when the government stipend provided isn’t enough.

But more and more men are deviating from this traditional path and redefining what it means to be an ultra-Orthodox Jewish man by engaging in previously taboo activities such as joining the workforce and security forces. In 2015, about half of Haredi men worked, according to the 2016 Statistical Report on Ultra-Orthodox Society in Israel. This is a jump from 2003, when only 36% were in the workforce. Some do this and manage to keep their ultra-Orthodox identity, while others choose to leave the community entirely.

Peretz Teller, 44, is trying to have it both ways by being a part of the security forces and the workforce while adhering to his ultra-Orthodox faith. Many ultra-Orthodox Jews live in the past and think that doing either of these things is an atrocity, said Teller. But for him, they’re not mutually exclusive.

Teller, who now wears the traditional ultra-Orthodox side curls, or payot, grew up as a secular Jew on New York’s Staten Island. He joined the ultra-Orthodox community around 1995, when he was 22 years old, moving to Israel a couple of years later.

Although he serves in the Israeli Border Police, in yeshiva, the Jewish institution dedicated to the study of the Torah, Teller was trained to avoid the army. But for him, it’s a national responsibility for every Jewish person and a matter of pride.

“When you’re a minority, yes, have people study to continue the population. But now there’s 60,000 Yeshiva people who really should be in the army.” 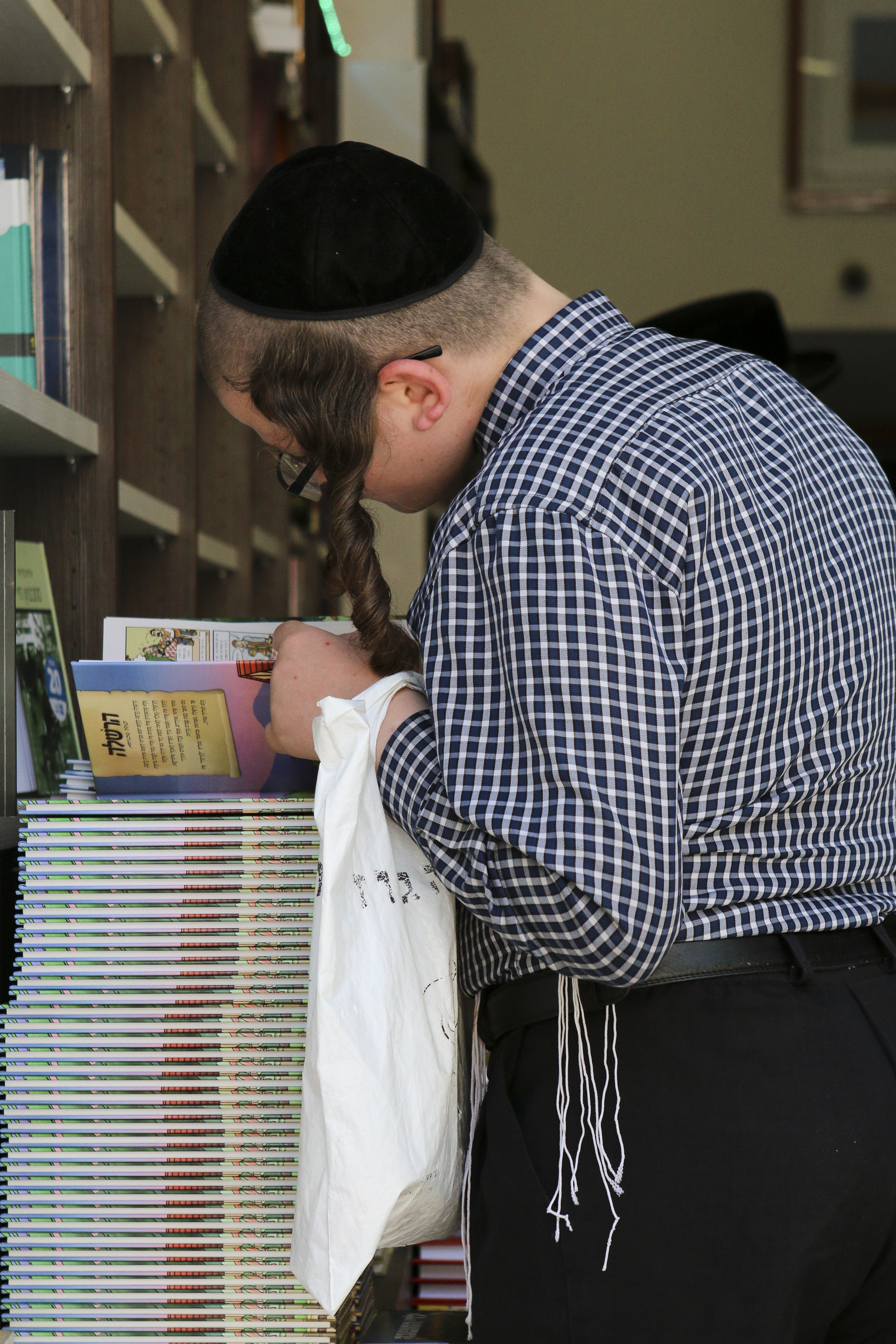 After being told two years ago he was too old to join the army at age 42, Teller became a border police officer. But that hasn’t kept him from studying the Torah.

“A person can be in yeshiva, serve three years (in the border police), and go right back to yeshiva,” he said. Still, with few ultra-Orthodox Jews choosing to serve, there is backlash from secular Israelis who feel the Haredi are not pulling their weight.

In addition to serving in the border police, Teller bucks Haredi tradition by being what he calls “pro-work.” He’s an accountant, and although he doesn’t currently have any clients, he said he would be more than happy to take some on. For the moment, like many other Haredi women, Teller’s wife supports her husband and five children by working full-time as an elementary school teacher.

Some Haredi traditions that were critical in the early days of the state are no longer a necessity, says Teller.

“When you’re a minority, yes, have people study to continue the population,” he said. “But now there’s 60,000 Yeshiva people who really should be in the army.”