A Cuban Jew makes Aliyah to the sounds of Salsa

TEL AVIV – Pablo Ordas, 28, is a Cuban salsa drummer. He regularly plays with a band at an event located in a dance studio called NaNoche; which is a showcase for Reggaeton, salsa, and other dance styles. The lyrics are in Spanish and so is the banter, but outside, the language is different. It isn’t Spanish, or even English.

Instead it’s Hebrew. Inside it sounds like Havana, but outside, it’s Tel Aviv, Israel.

Not only is Ordas a Cuban in Israel, he’s a Cuban Jew. Cubans are not a big presence in Israel, let alone Cuban Jews. But Cubans have made a name for themselves in Israel partly by exporting Salsa and other cultural totems to the country. Ordas is a part of this as well yet his experiences differ with other Jews who have come to Israel for a better life. Ordas is also here for a better life but it is the type that almost all immigrants can relate to and In that sense, his experience differs from other Jews. 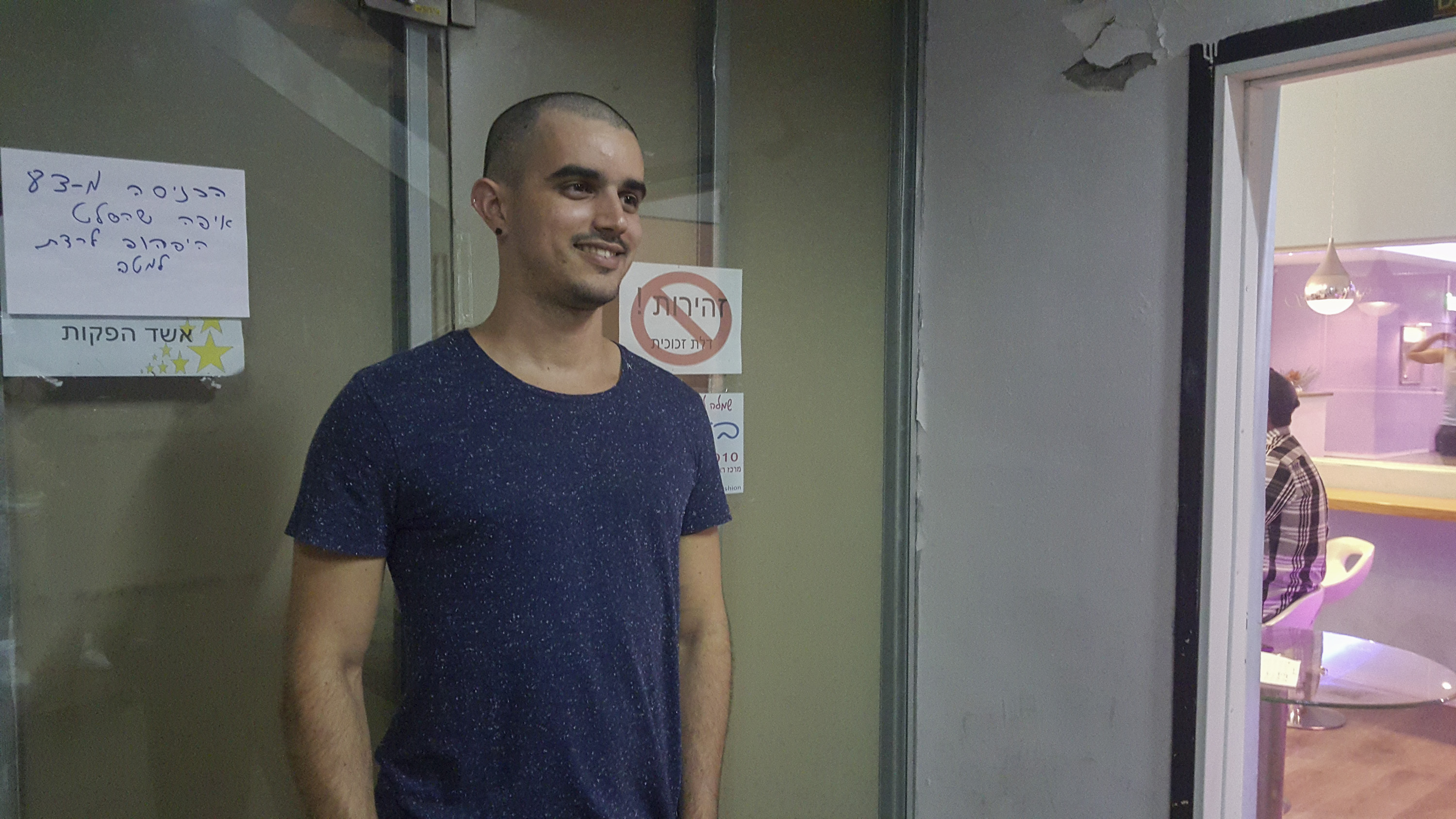 Pablo Ordas at the end of NaNoche in Tel Aviv. Ordas is a Cuban Jew who made Aliyah to Israel. Photo by Eddy Martinez

“It’s really hard to find a future in Cuba. As a professional of any kind, the possibilities are really narrow”

Cuba itself has had a rocky relationship with the Jewish nation since the 1960’s when the communist government aligned itself with Arab states in their struggle against Israel. Cuba broke off relations with Israel shortly after the Yom Kippur War in 1973. Unlike other states such as the Soviet Union which had a substantial Jewish population, Cuban Jews largely left the island after the communists took over in 1959. They were fortunate in retrospect because the exodus occurred before the formal severing of ties between Cuba and the United States. As for those who wanted to leave after 1960, just getting permission to leave from the Cuban government proved to be a hurdle in itself.

“The state of official relations between Israel and Cuba has made it extremely difficult for those within the Jewish community who wanted to make Aliyah,” said Yigal Palmor, who is the director of public affairs and communications for the Jewish Agency for Israel. 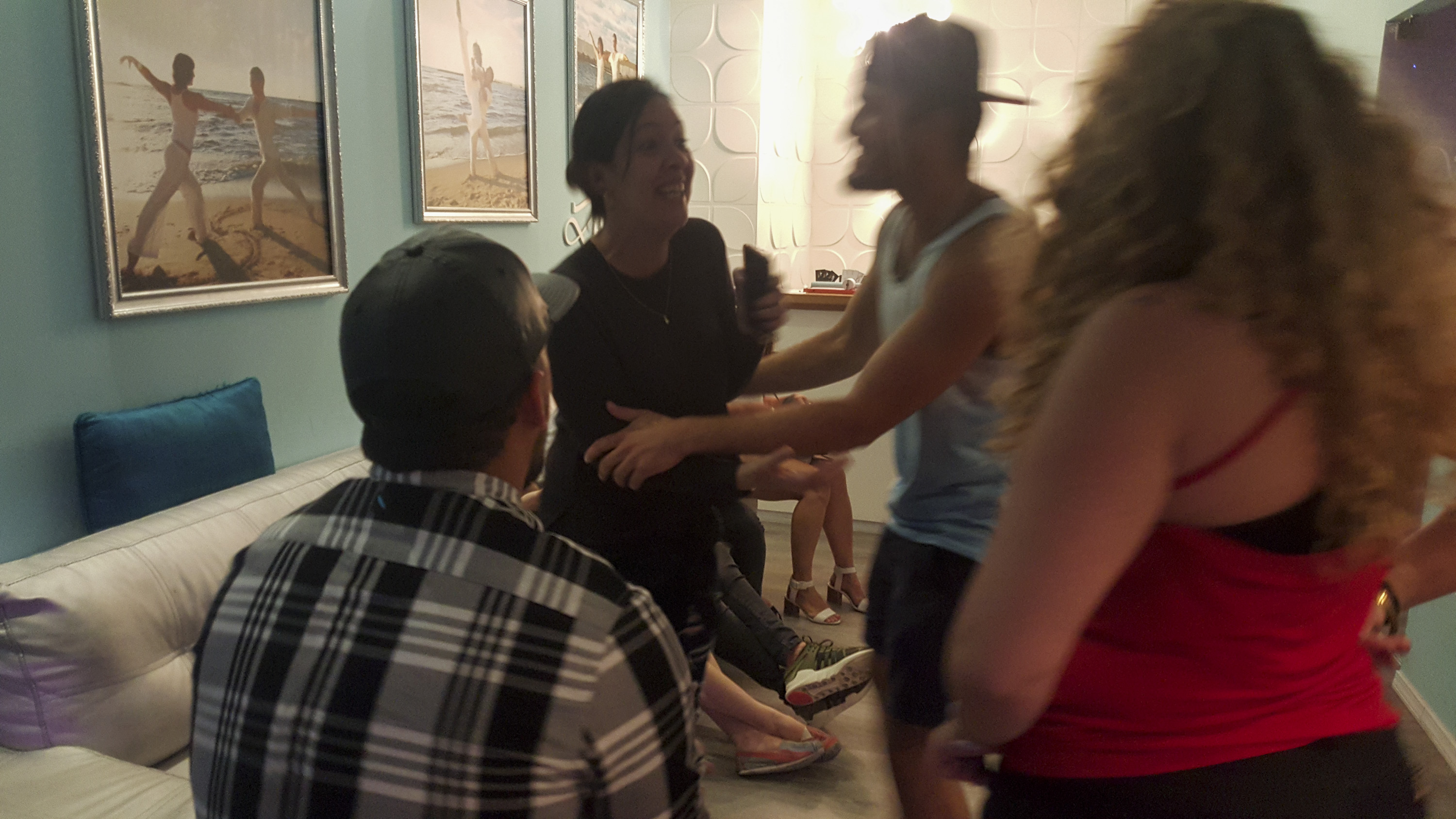 Israeli and Cuban dance partners chat after the end of NaNoche. Ordas said that Israelis have welcomed Cuban Jews with open arms. Photo by Eddy Martinez

Ordas’ unique road to Tel Aviv first started in Havana when he was a student at a music conservatory. Cuba is renowned for its musical education. “We learned from a very young age” said Ordas.

Ordas also learned to play the drums 14 years ago but the poor state of Cuba’s economy put a damper on his ambition. Ordas, is Jewish through his maternal grandfather who came from St Petersburg, Russia. After weighing his options, Pablo Ordas made the decision to make Aliyah. Aliyah is a major component of the Right of Return in Israel, While many Jews, who are guaranteed Israeli citizenship under Israel’s Law of Return, emigrate to escape religious persecution or to live in majority Jewish country, he made Aliyah through Canada then made his way to Israel two and a half years ago. To this day, Cuba and Israel do not have diplomatic relations, which has forced Cuban Jews such as Ordas to use a third country as a waypoint in order to go to Israel.

“It was more like, it’s really hard to find a future in Cuba. As a professional of any kind, the possibilities are really narrow,” he said, noting that his family is not religious. “But the connection isn’t just about religion. It’s also about culture, it’s about identity.” 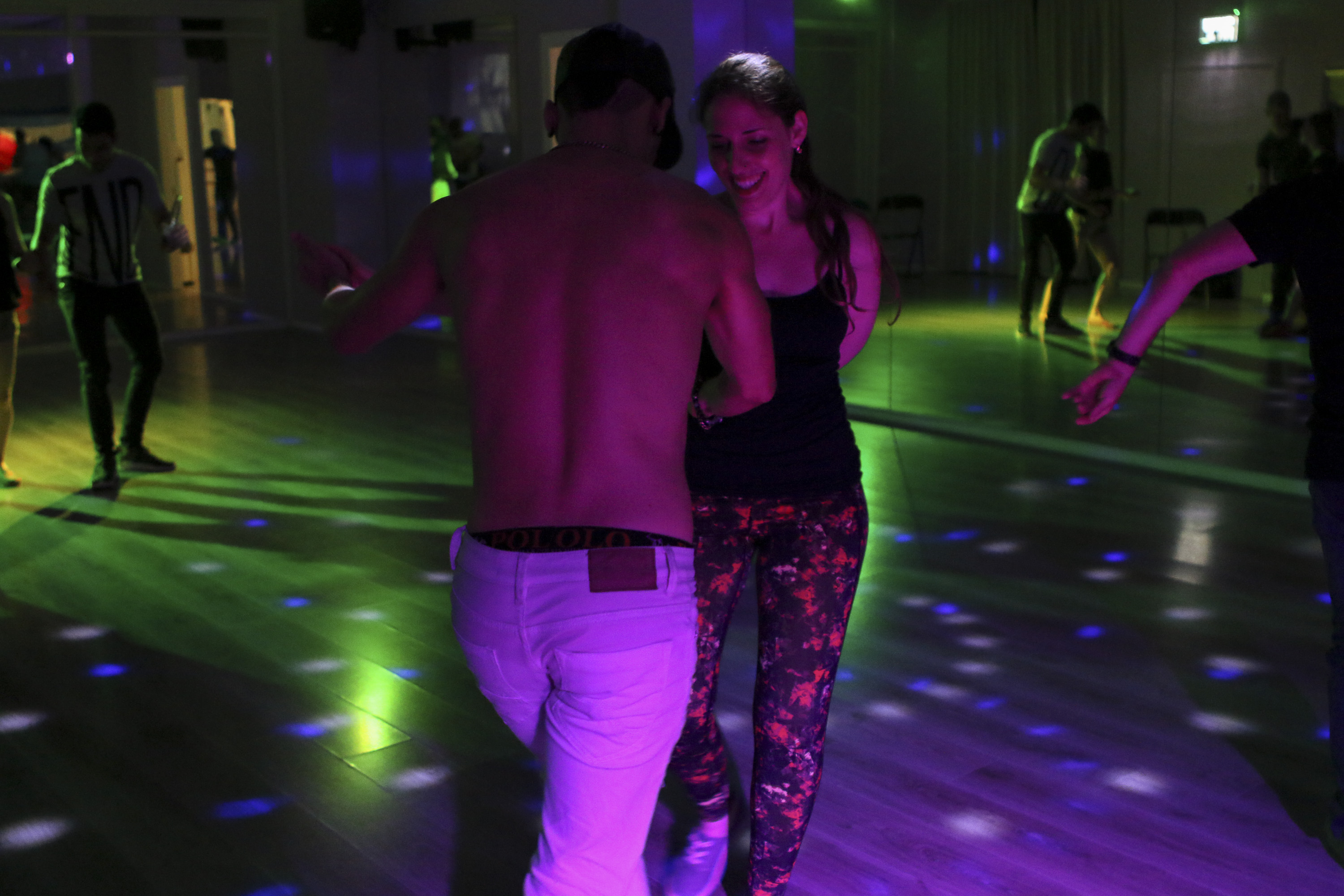 Pablo Ordas at the end of NaNoche in Tel Aviv. Ordas is a Cuban Jew who made Aliyah to Israel. Less than 300 Cuban Jews live in Israel according to the Jewish Agency. Photo by Lidia Hernández Tapia

Ordas has assimilated into Israeli society, partly because of the rarity of finding other Cuban Jews in Tel Aviv – he knows only 15. “Israeli people are really warm,” he said.

With so few Cubans in Tel Aviv, Ordas believes his Cuban heritage gives him a leg up when competing against other Salsa musicians.

As the showcase ended Ordas explained that while other teachers and musicians are very good, he feels his background lends greater authenticity to his performances because he learned from a very young age. Ordas came to Tel Aviv in 2013, just as salsa began to take off in part due to the efforts of Nano Manuel Hechavarria, a non-Jewish Cuban salsa dance instructor who is the mastermind behind NaNoche. Both Ordas and his wife, who is also Cuban and a salsa instructor claimed that Hechevarria brought salsa to Tel Aviv.

On this evening, at least 20 people are going through their steps. One of them is Alberto Frometa, 31, another Cuban from Tel Aviv. “Reggaeton is popular in Israel; lots of Israelis come here,” he said.

As the dance showcase wound down at 2am, the studio emptied out little by little until just around 10 people remained in the lounge area, joking in Spanish and Hebrew. Ordas hugged friends and colleagues who began to leave. someone joked in Spanish about a bomb in a backpack from a distance. The crowd outside thinned out some more as Ordas and his wife made their way home.